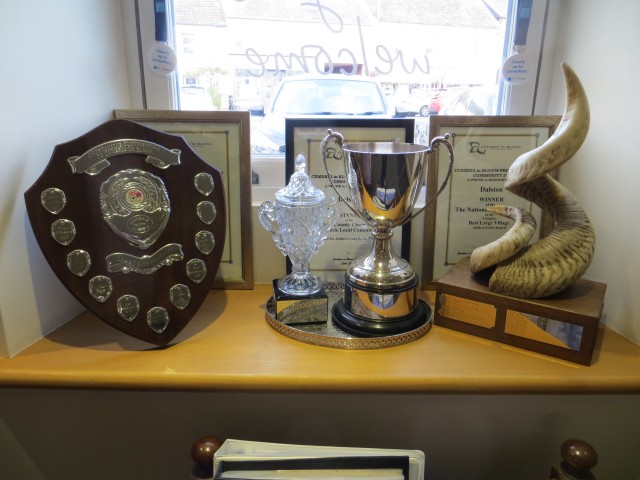 On 5th September the Cumbria in Bloom results were awarded at The Tithe Barn in Carlisle. There were slides from around the county to show the many varied participants in this years competition. Dalston was well represented with members of the village present. We won five trophies and several certificates.

For the sixth year running Dalston village won the National Park Trophy Gold award in the Cumbria in Bloom Best Large Village category. The trophy was presented by Marcia Reid-Fotheringham, the Cumbria High Sheriff. The Cumbria County Council trophy was awarded for achievement in the district and presented by Cllr Christine Bowditch, the Cumbria County Council Chairman. She also presented the Provincial Insurance trophy for Churchyards in the awards for Special Nominations category to St Michael's Churchyard Group. Special thanks go to Jean and Ivan who are continually working hard in the churchyard tending the flower beds. The Lakeland Trophy for best retail/hospitality was won by the Dalston Bowling Club and presented by Tess Hart, the Cumbria Deputy Lieutenant. Their lawn is always kept immaculate and they have added a wild flower area.

We achieved three certificates for the RHS 'It's Your Neighbourhood' category. The Grange Garden Group - Dalston Medical Centre and the Jubilee Garden Group attained outstanding. The Dalston Station Gardeners were awarded thriving. This was a big achievement after a large flower bed area was decimated over the winter period. The Blue Bell also gained a certificate for participating in the Public House Tourism Category. Finally Dalston achieved two personal awards in the Community Champion Awards. These were presented to Pat Jackson and Stephanie Diver, two very worthy winners. You will all have seen them around the village as they both work tirelessly in the community to make it looking clean and tidy.

These are very good results for Dalston and the success is a great tribute to the many volunteers in the community who give up their time and take pride in keeping it tidy and appealing. When everyone does a little bit to help it makes all the difference to the overall effect. Thanks must also go to the Mike Capstick Nursery whose flowers have given excellent blooms this year, the Wigton Town Council grass cutting contractors and the support of local businesses, who have. The trophies have been engraved and can be seen along with certificates if you go into the village dentist.

Well done to Liz Auld for organising the award ceremony which is a lot of work. Thanks must also go to Liz and Ronnie Auld along with Bobby Nichol who prepared the Tithe Barn. 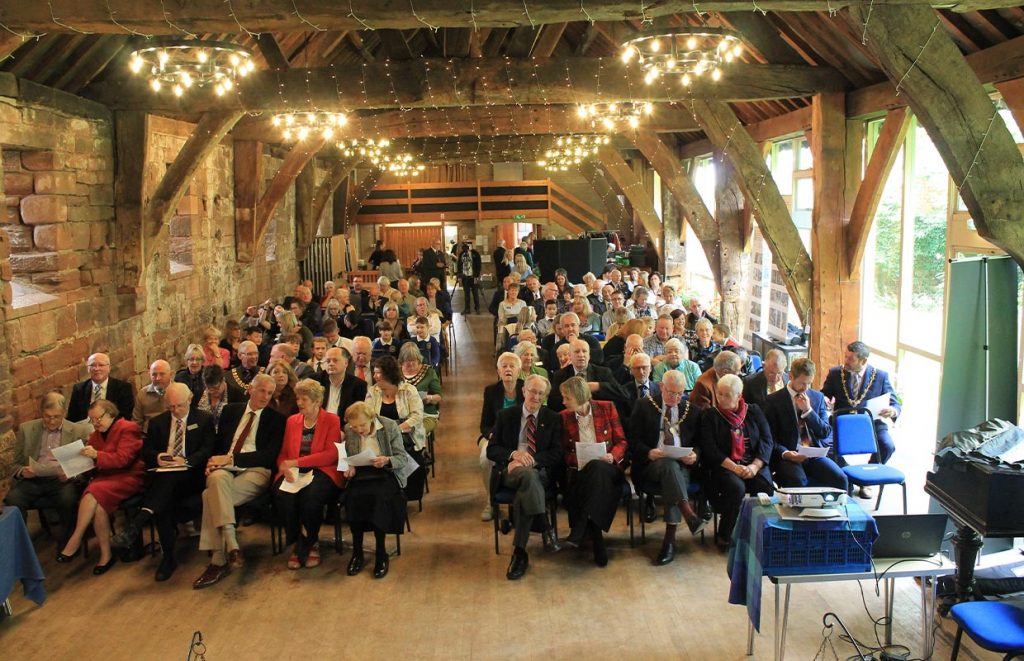 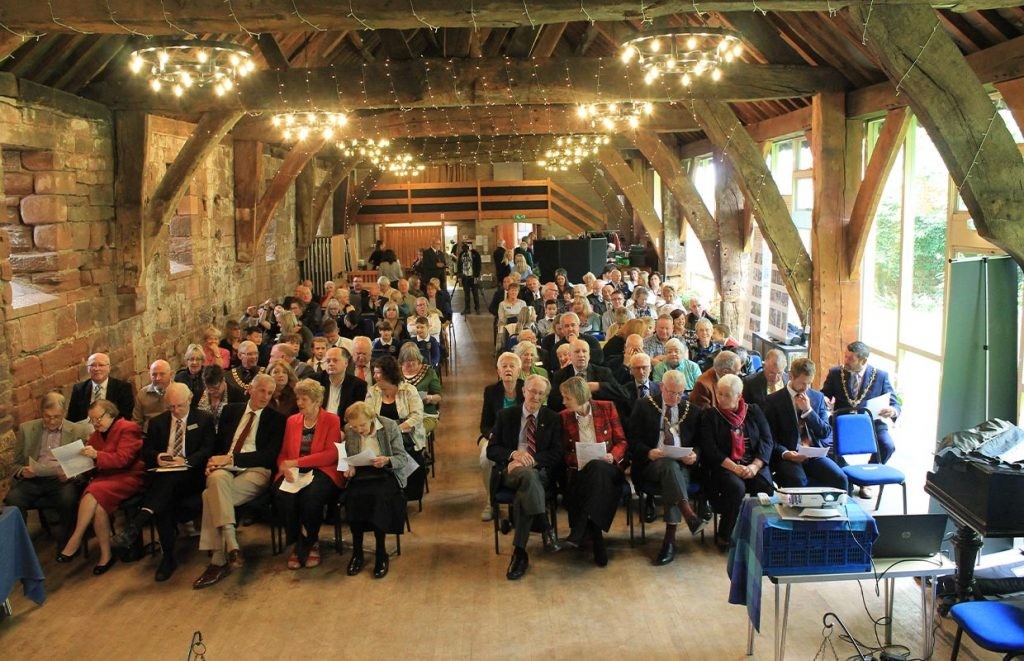 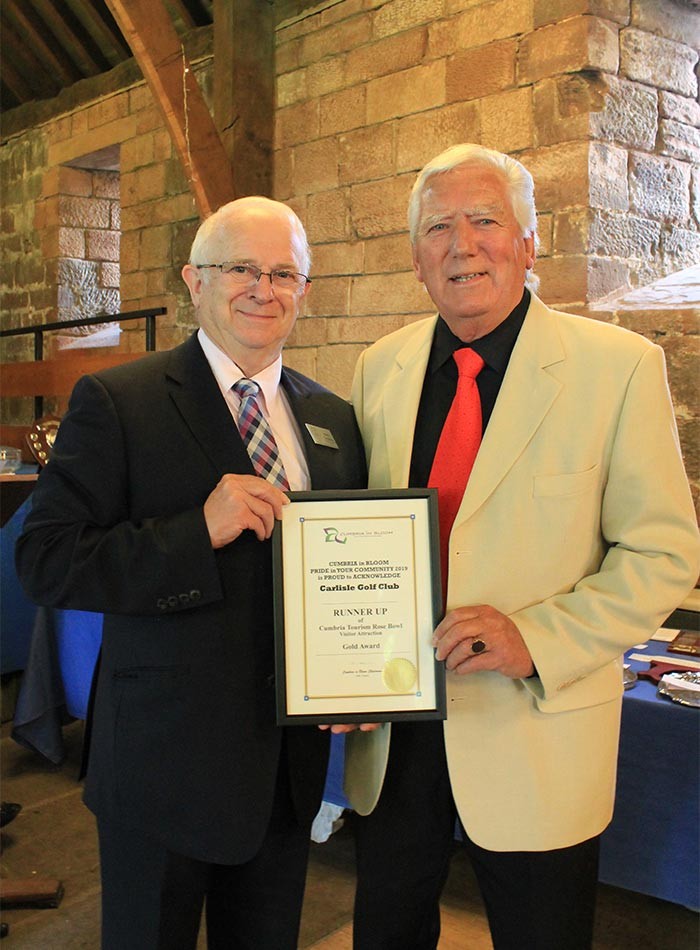 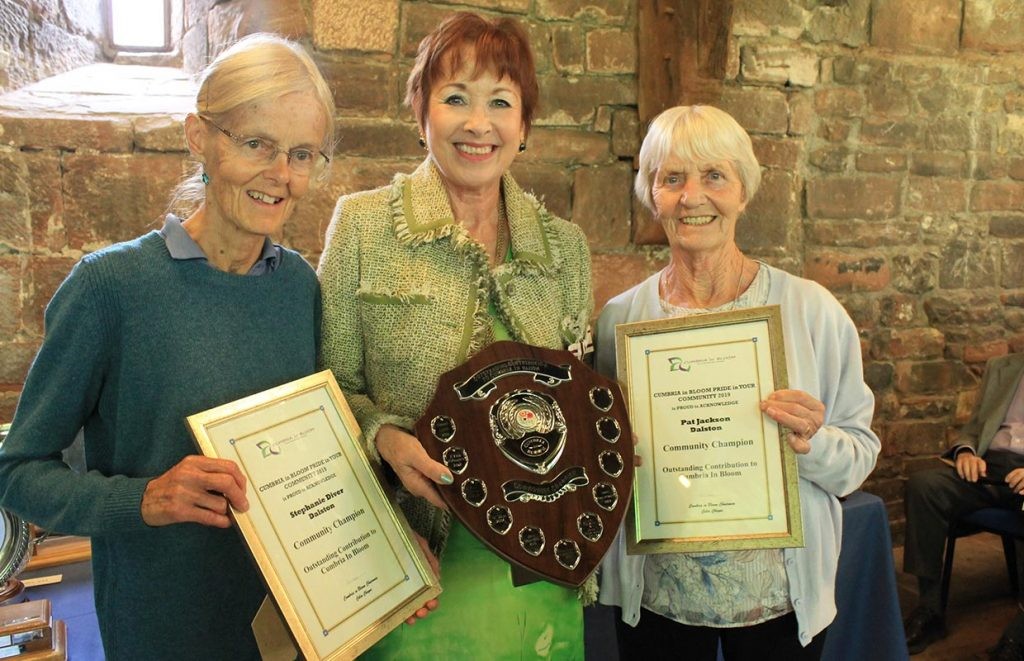 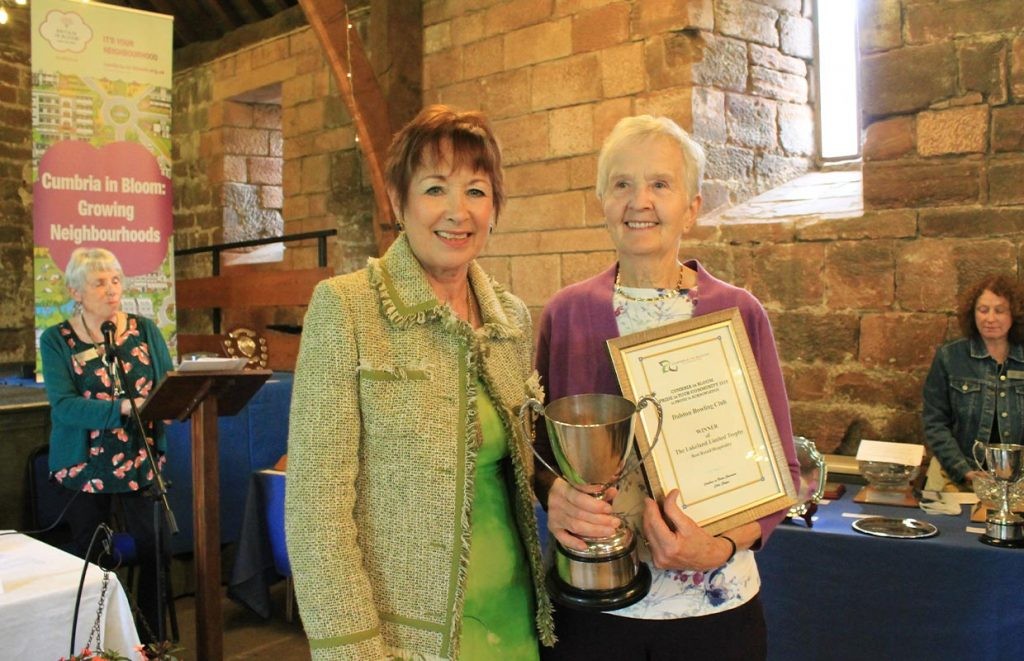 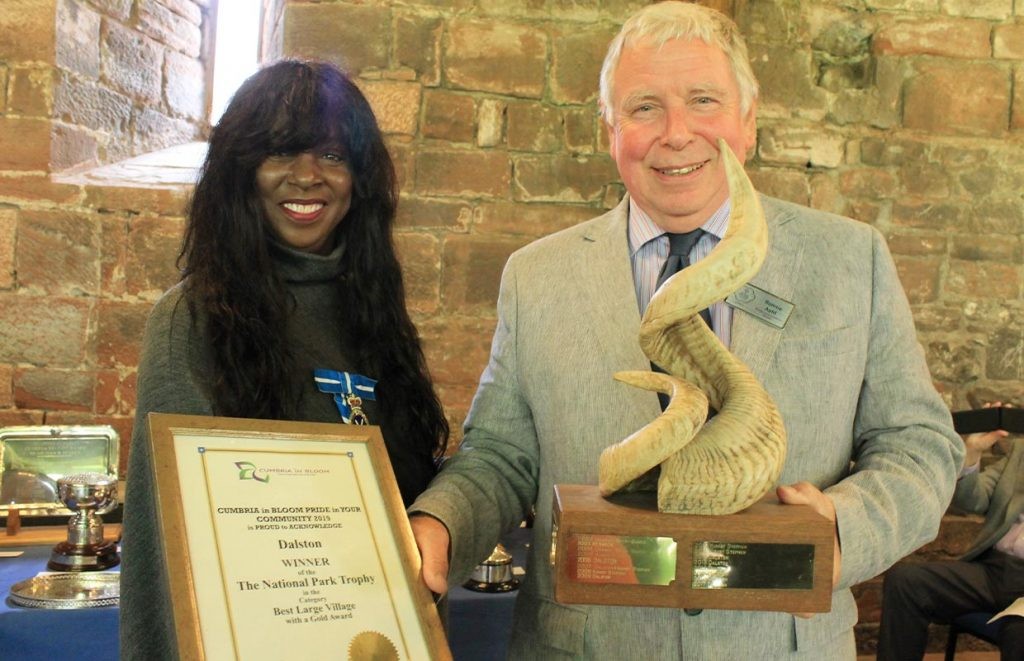 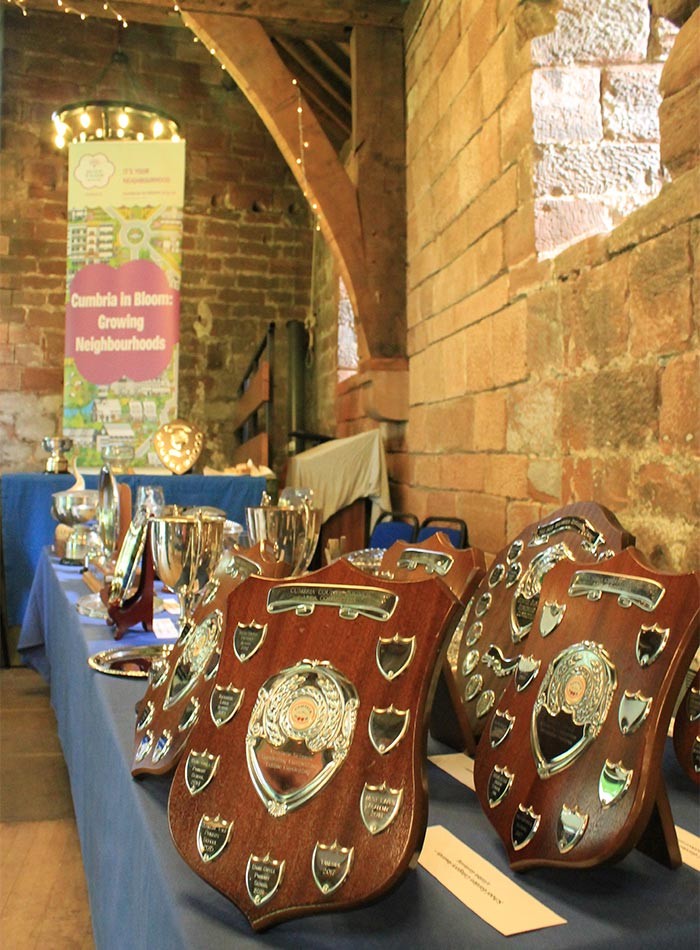 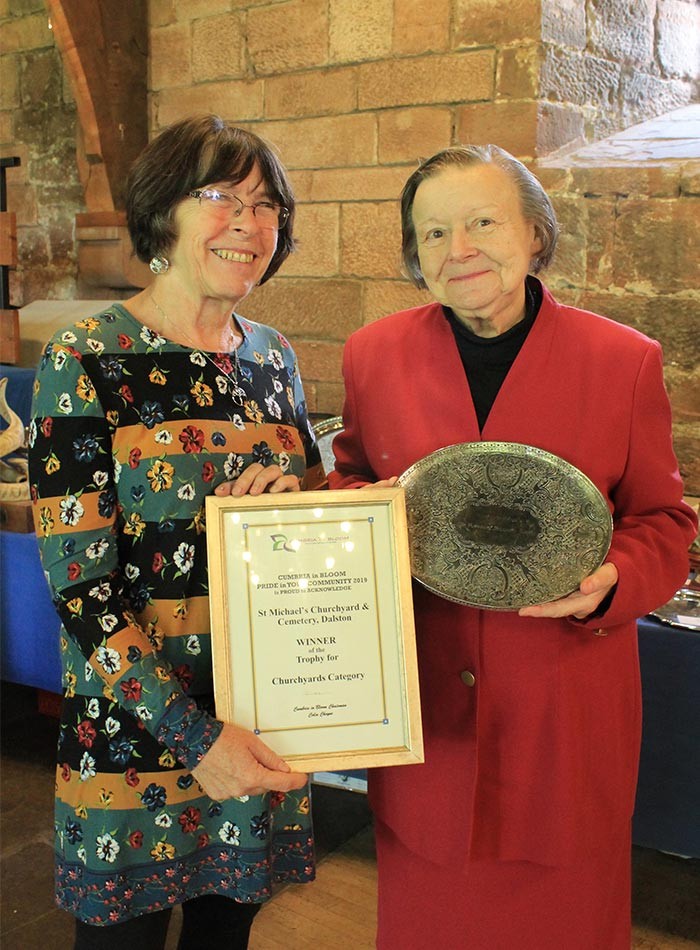 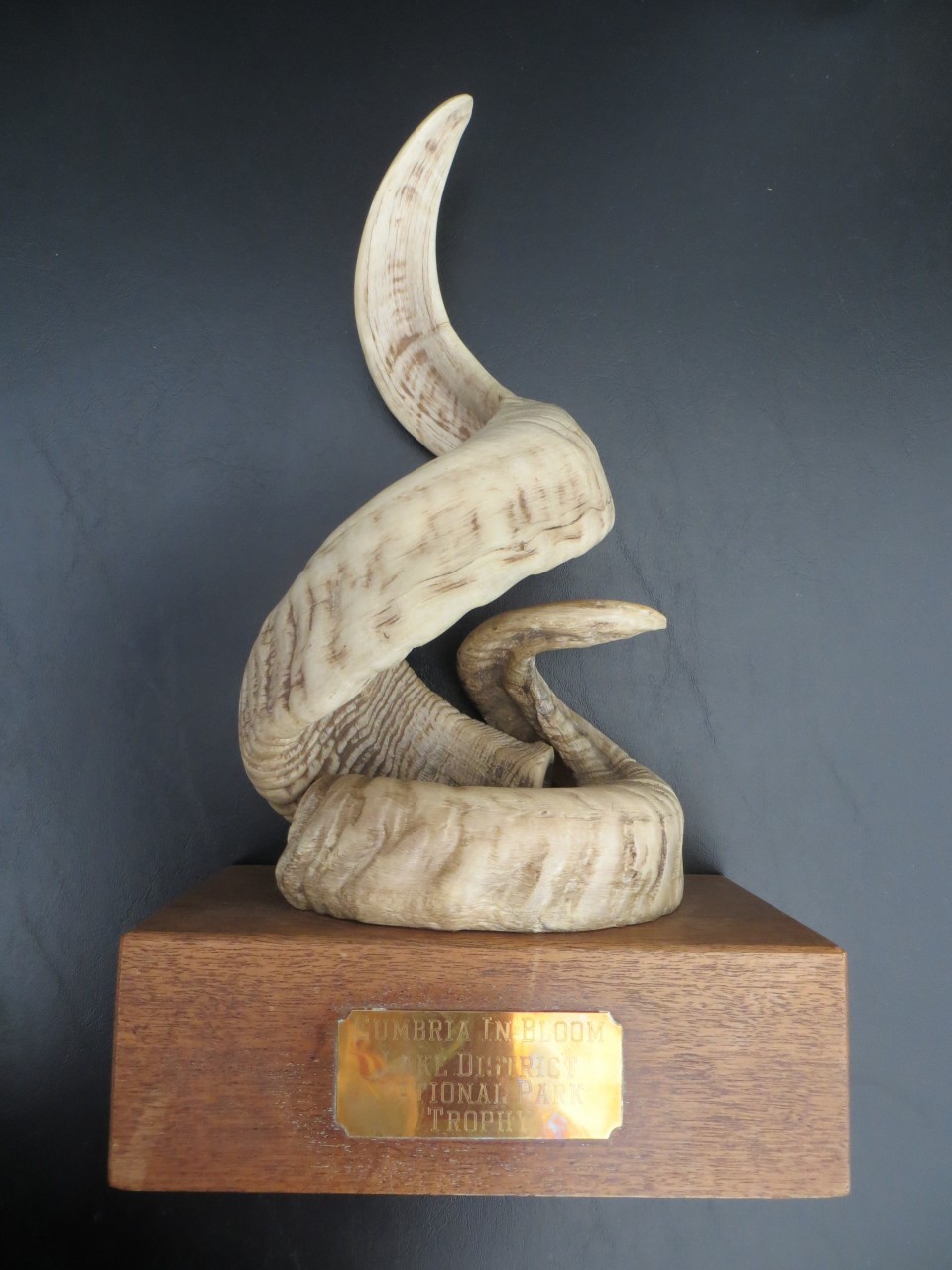 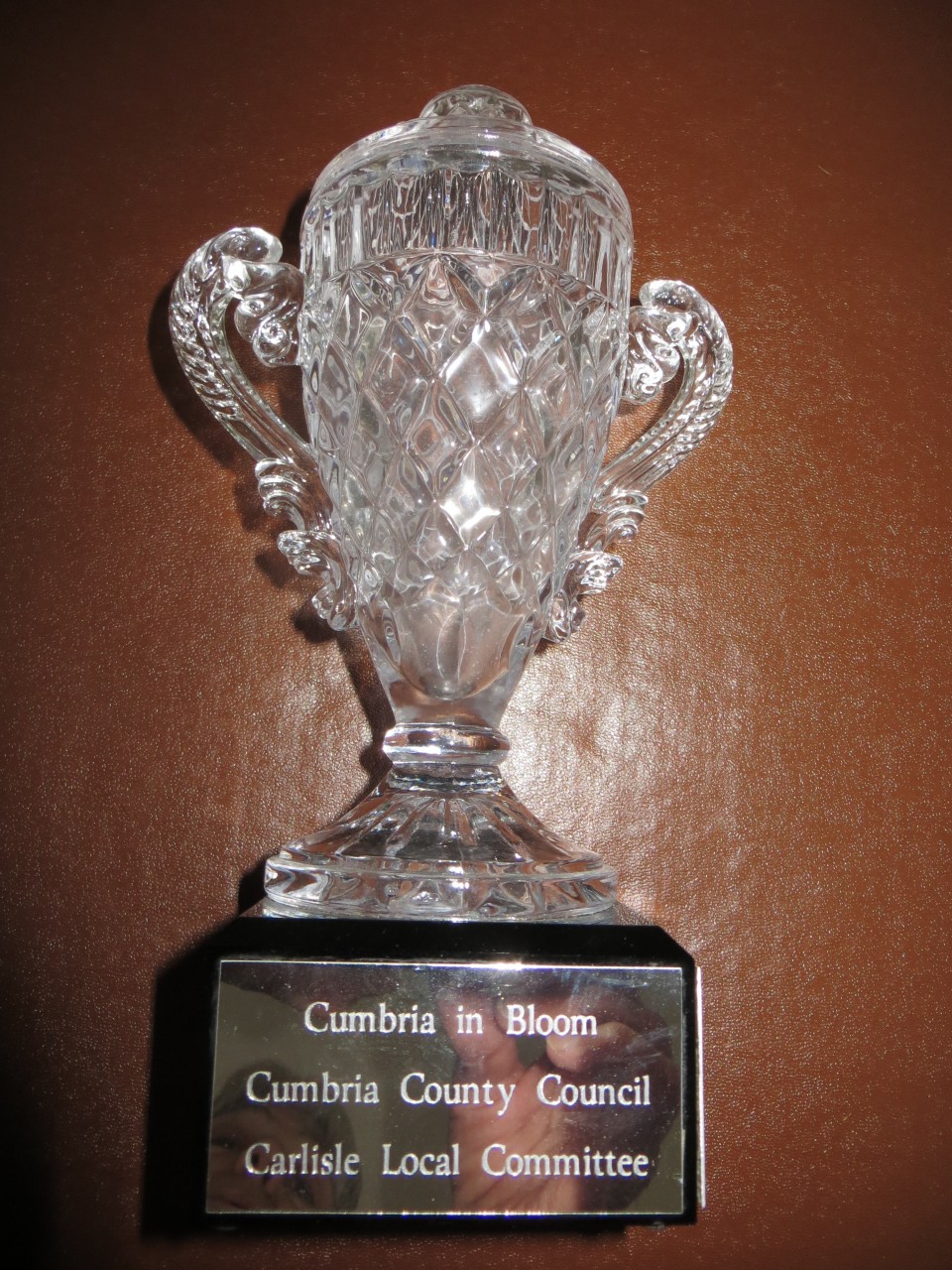 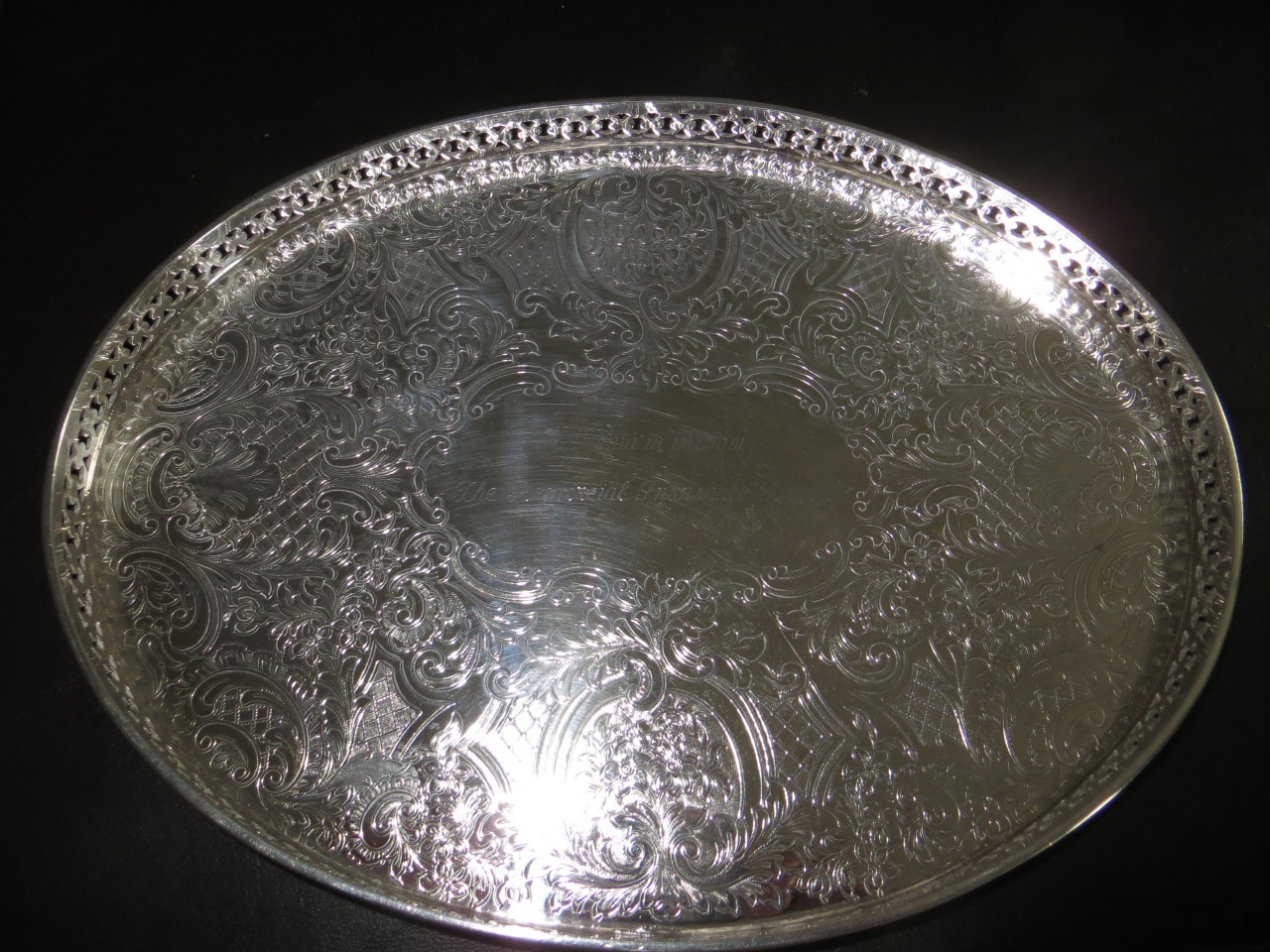 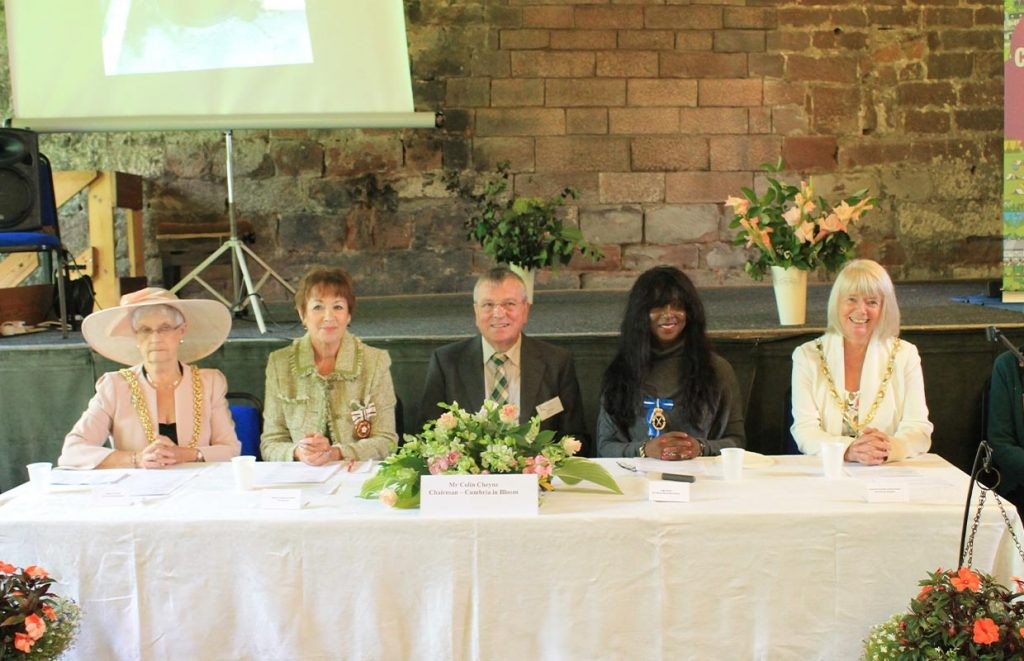 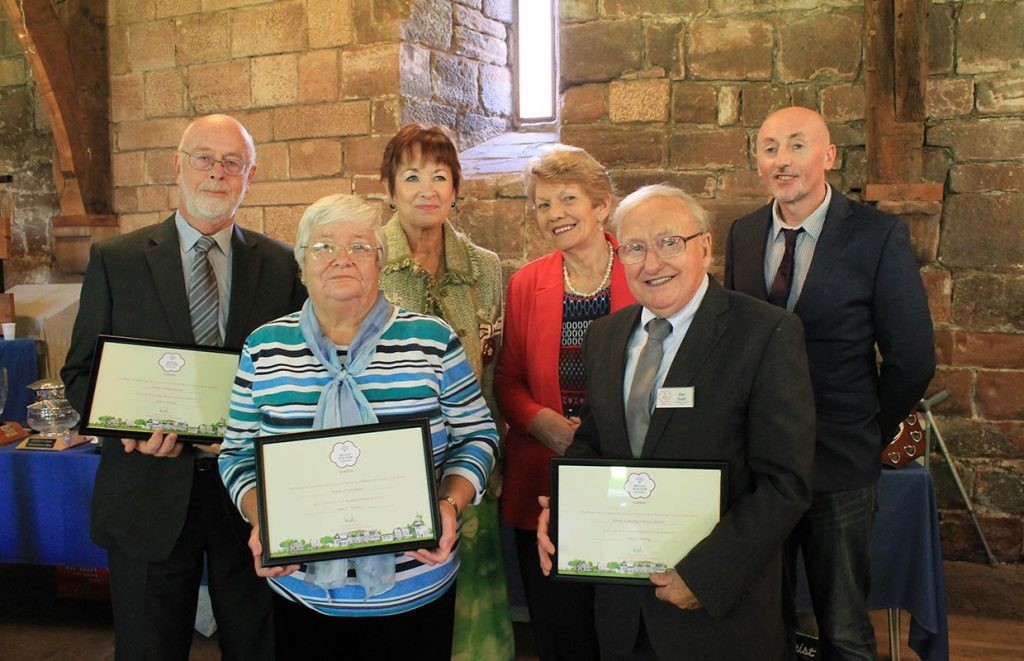 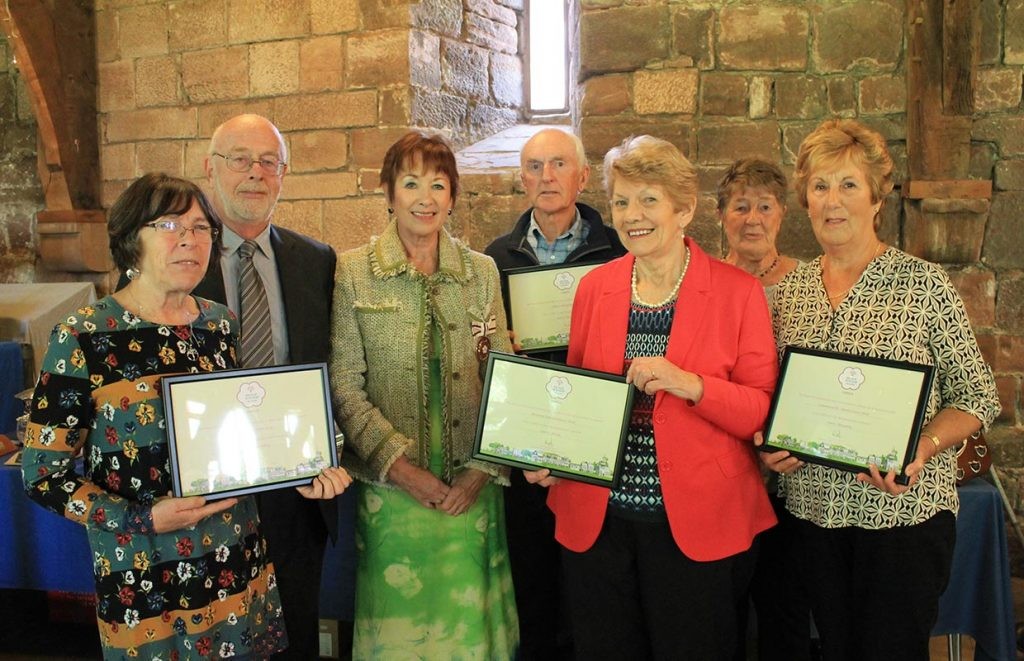 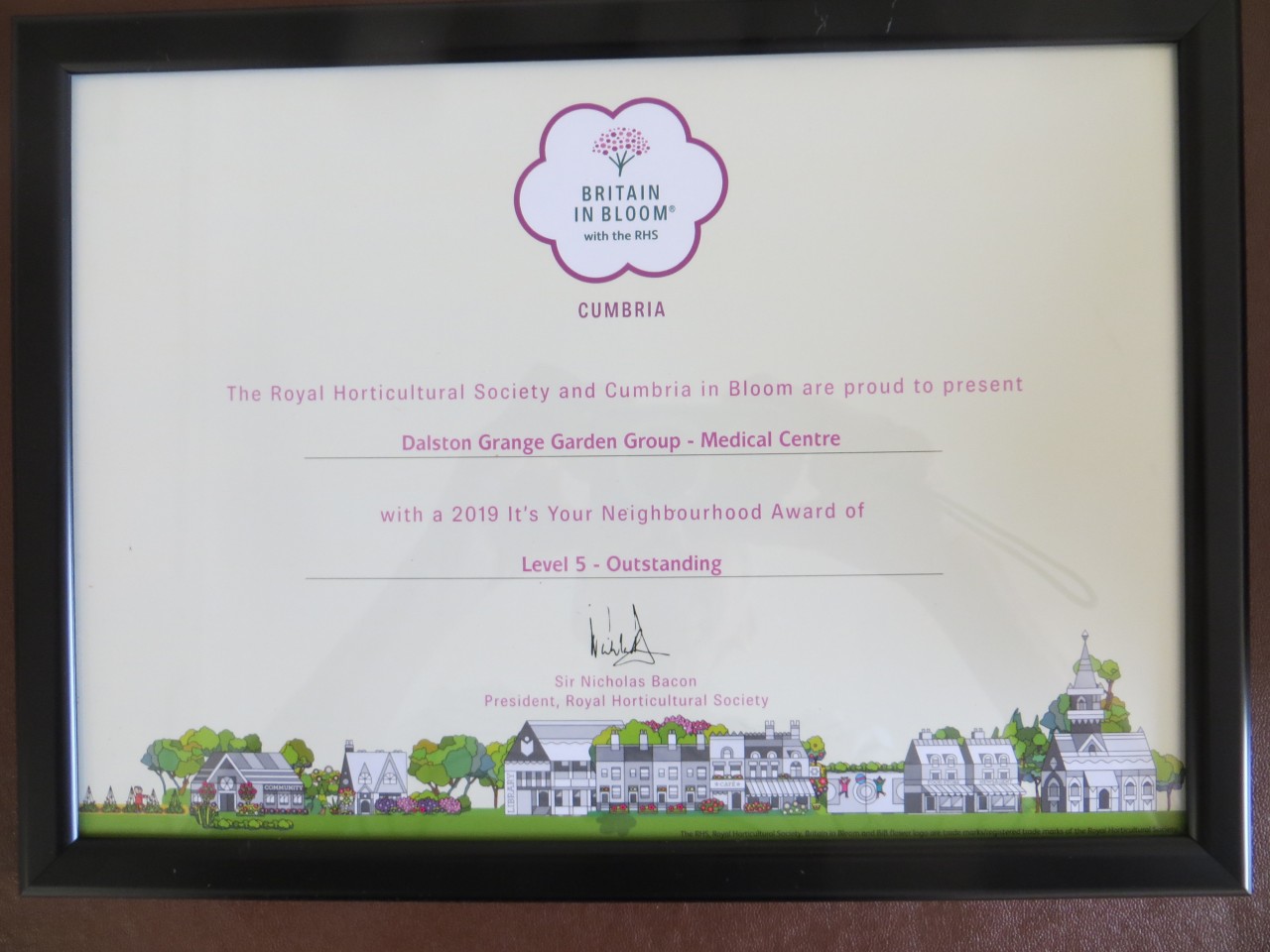 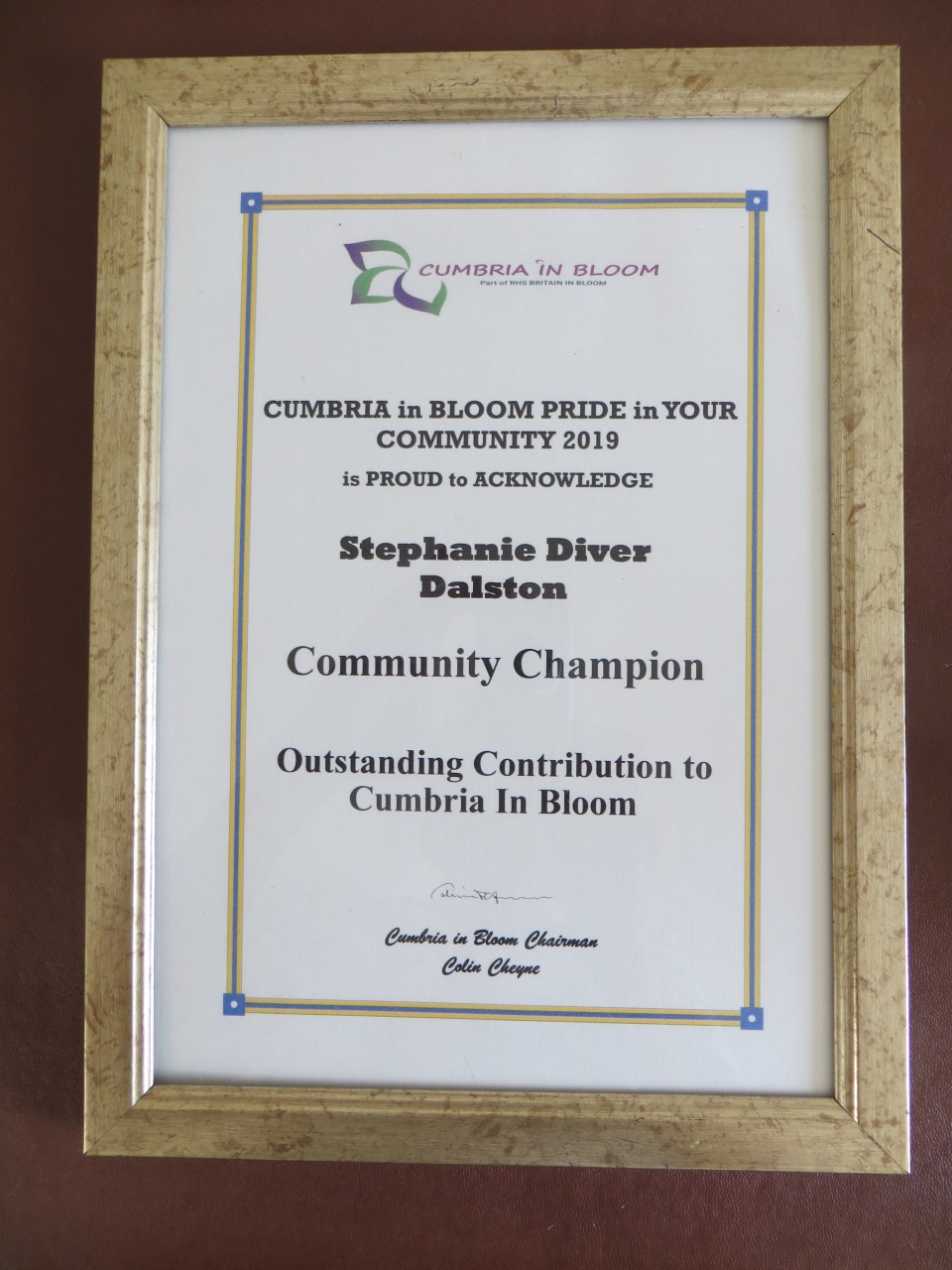 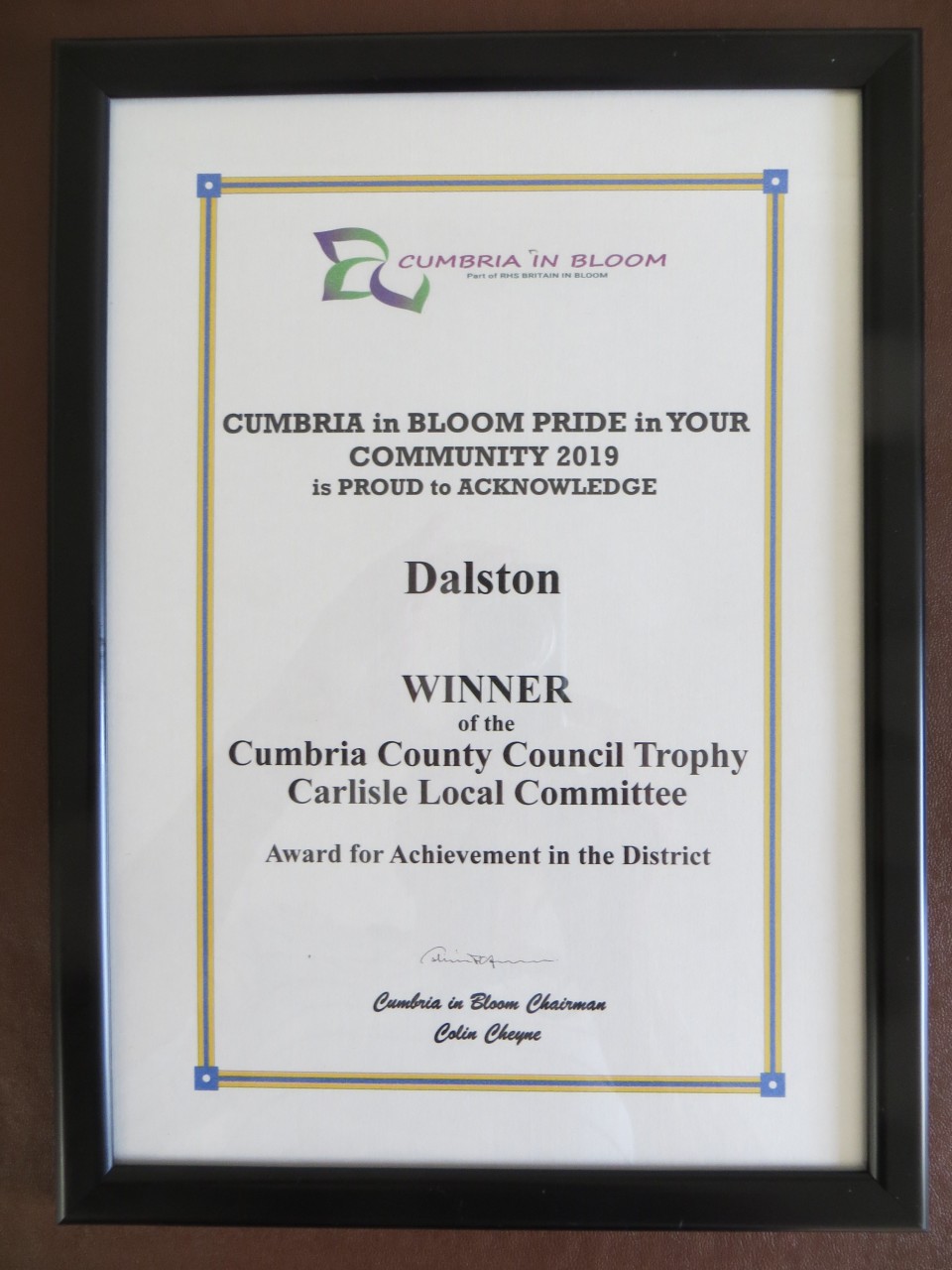 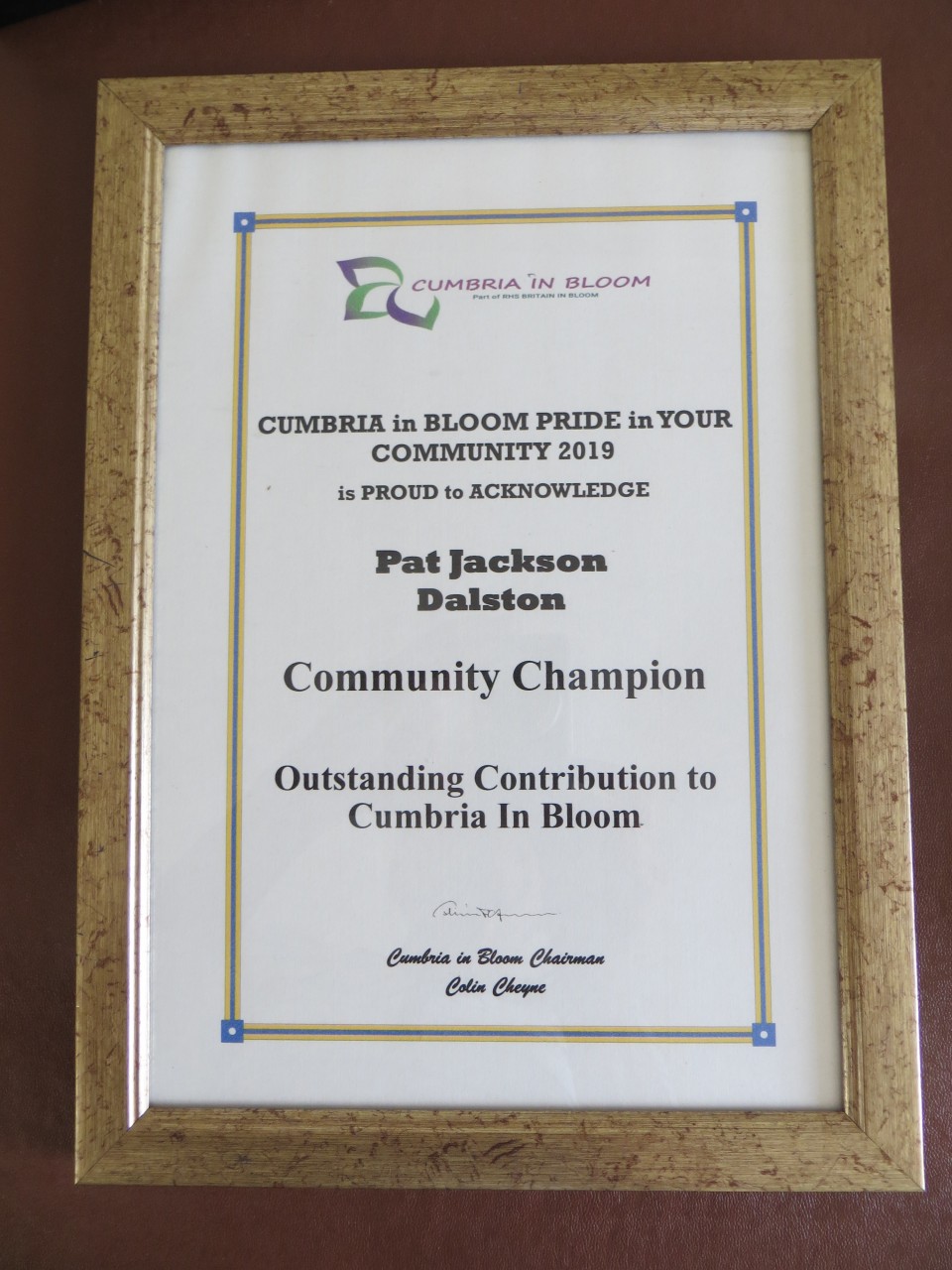 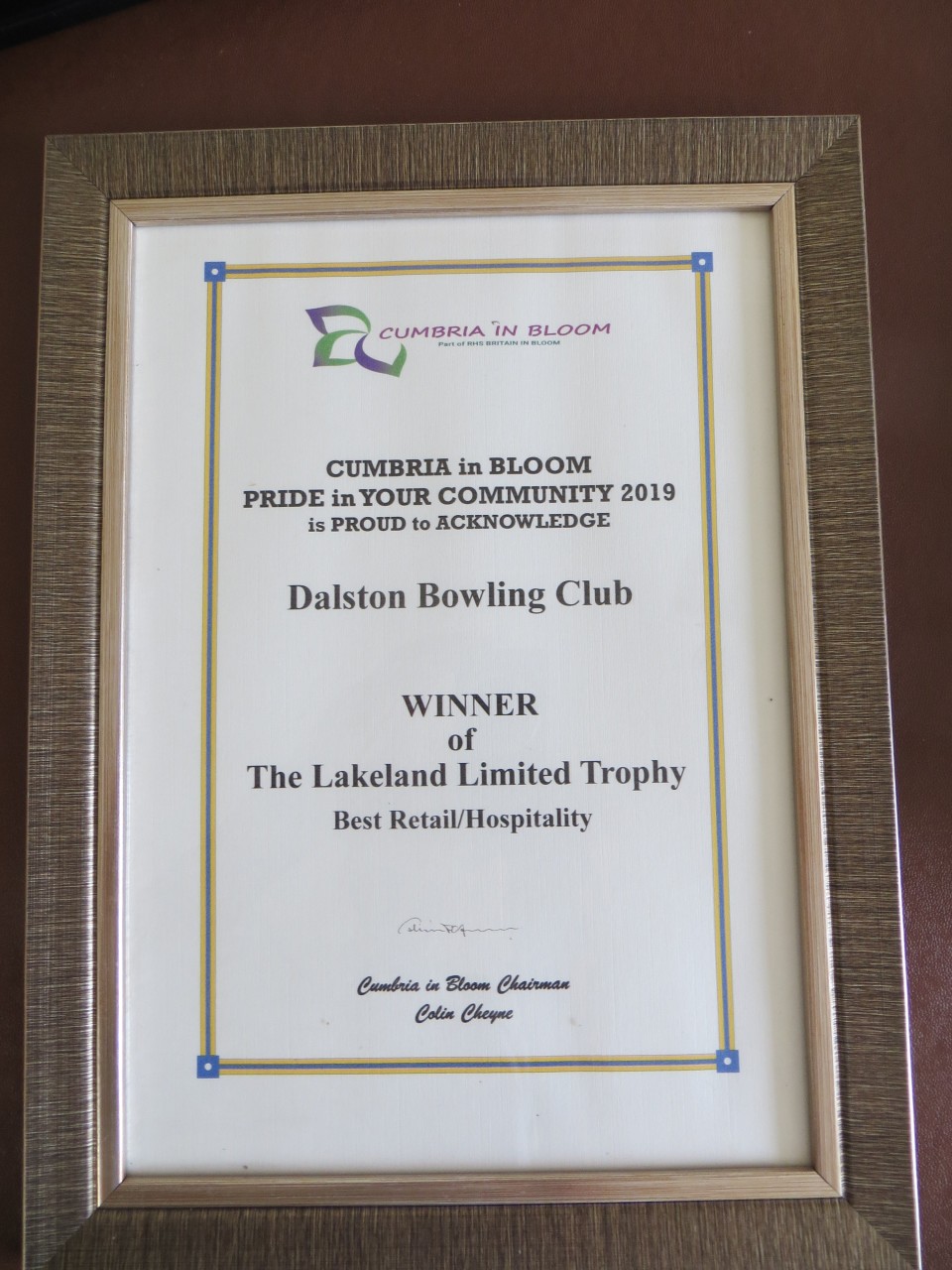 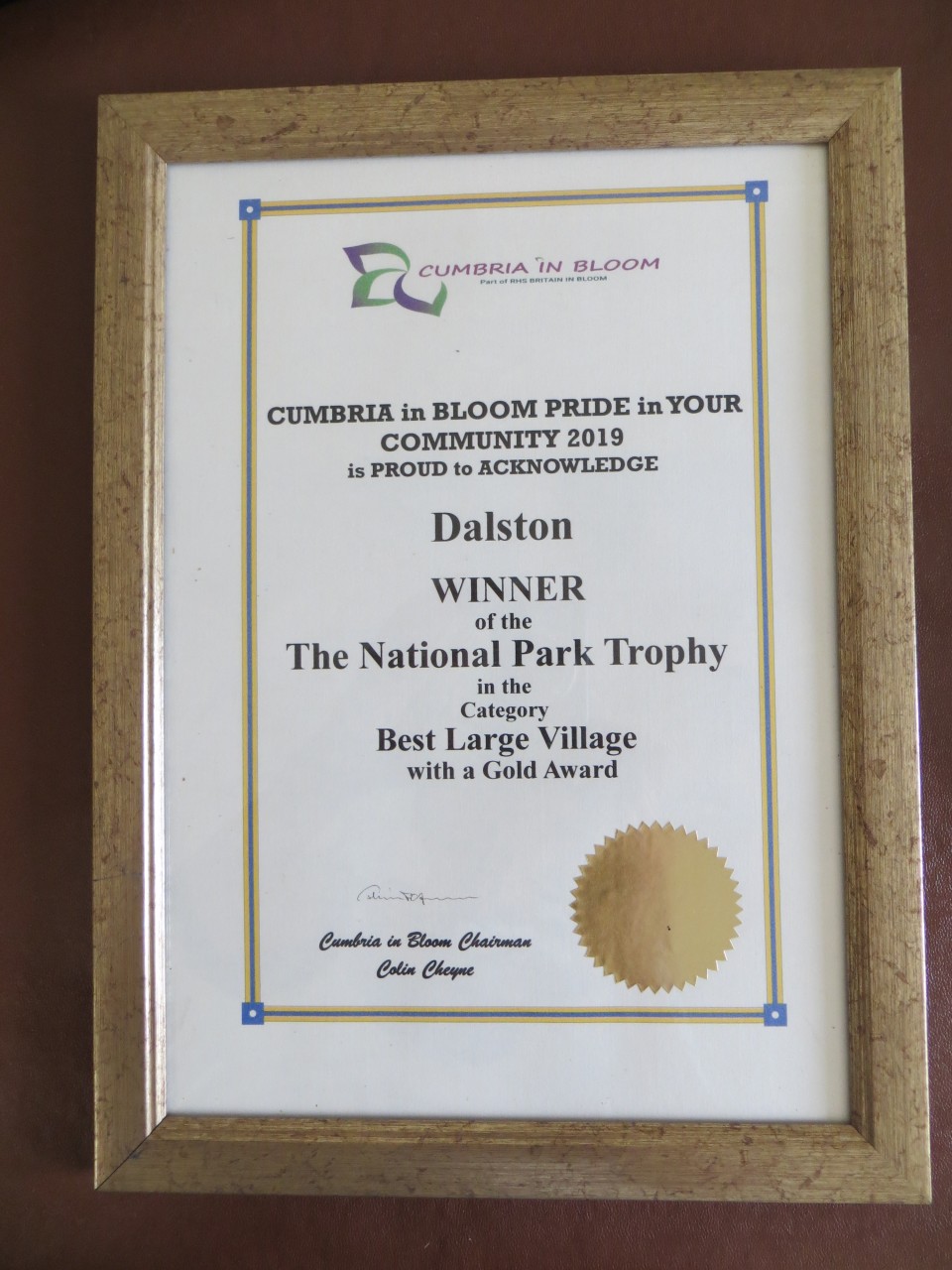 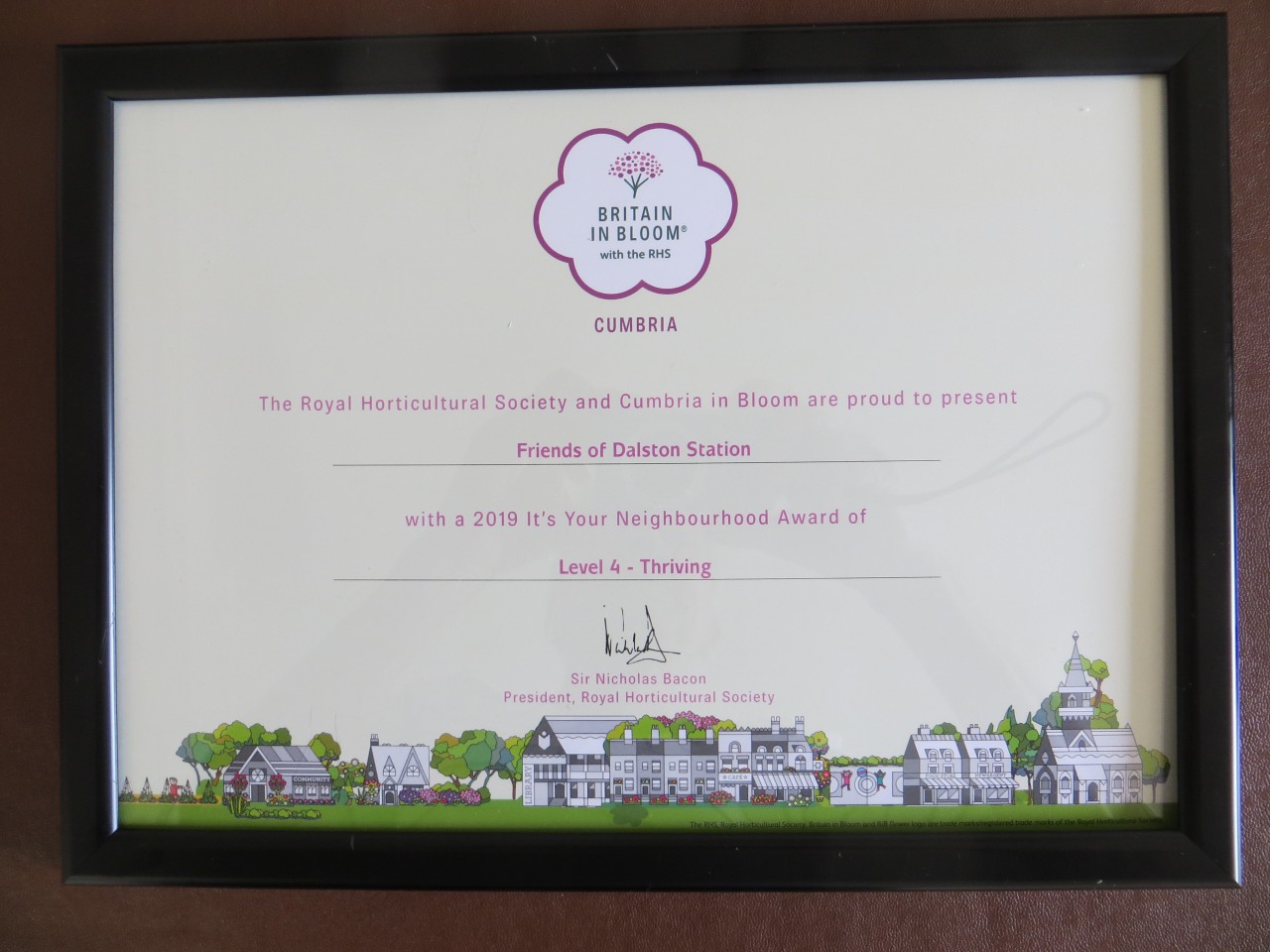 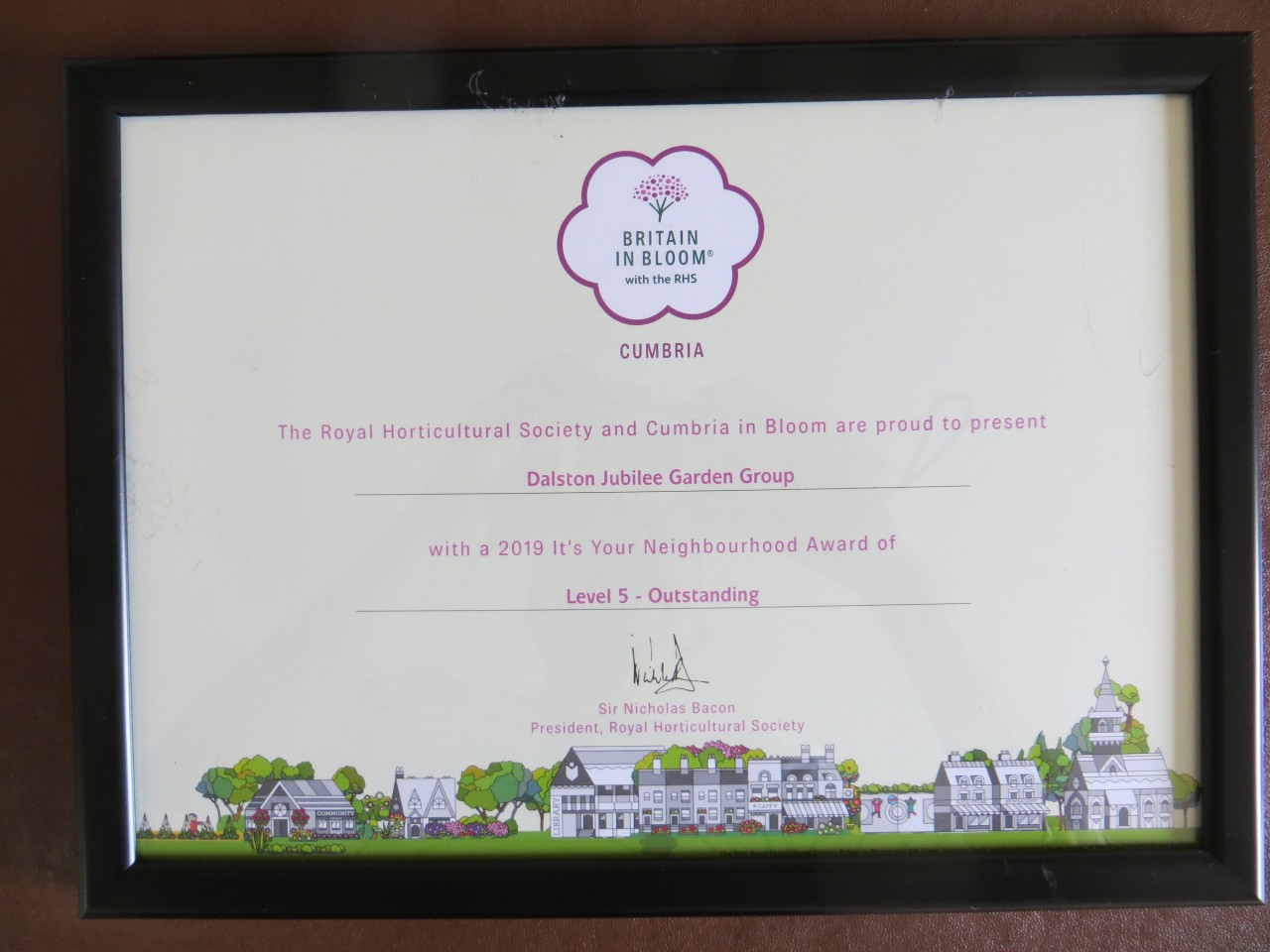 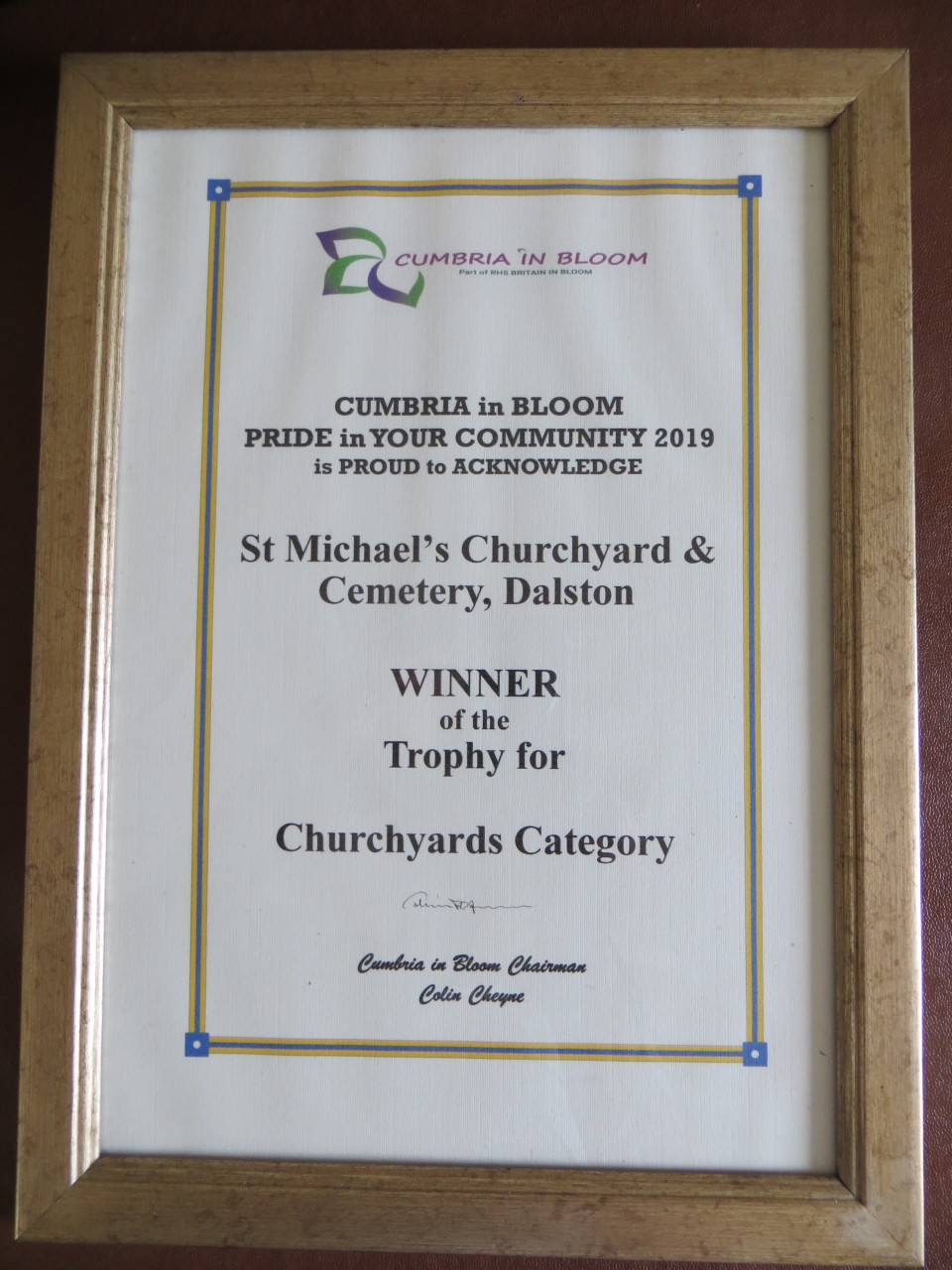 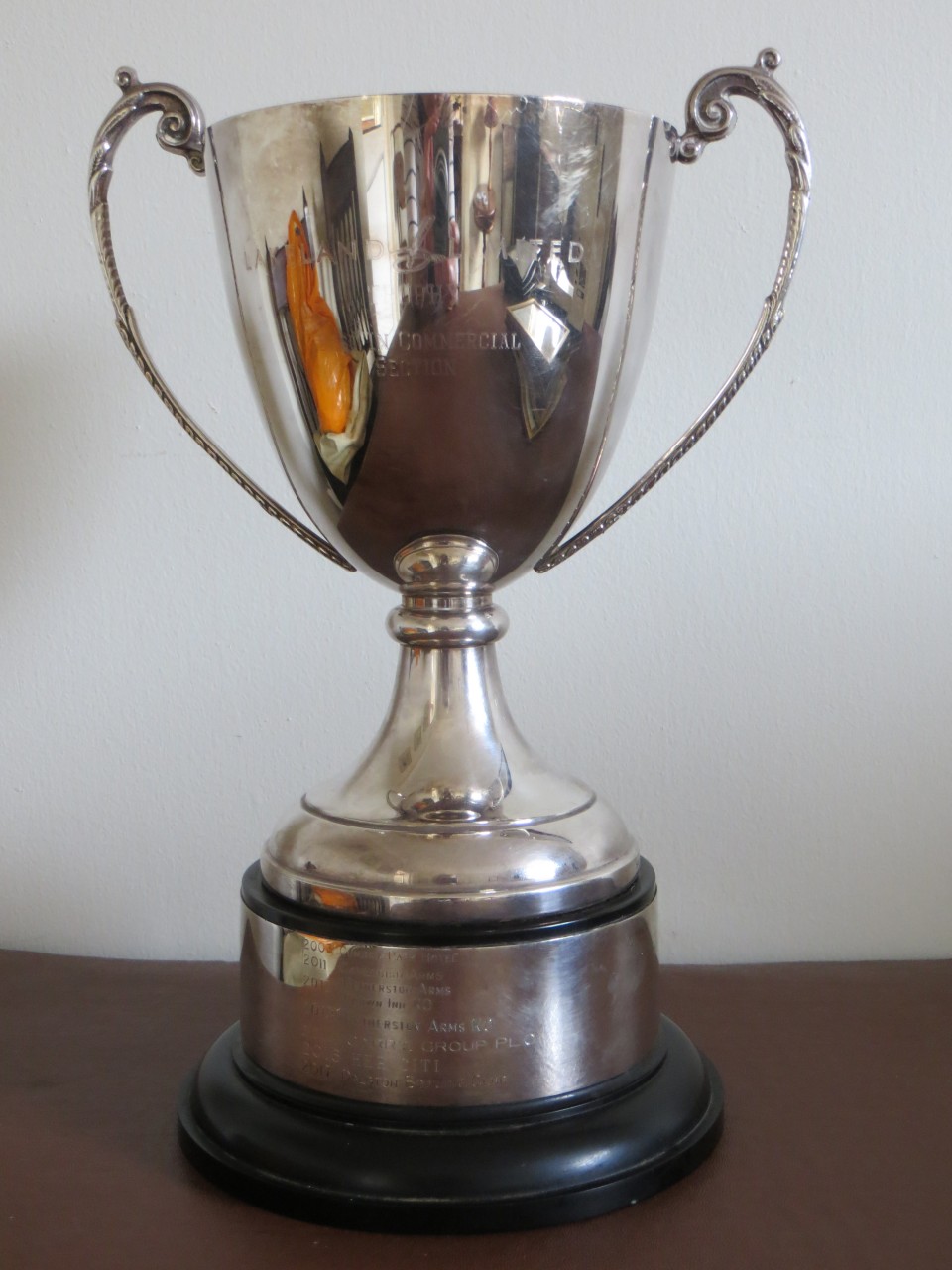 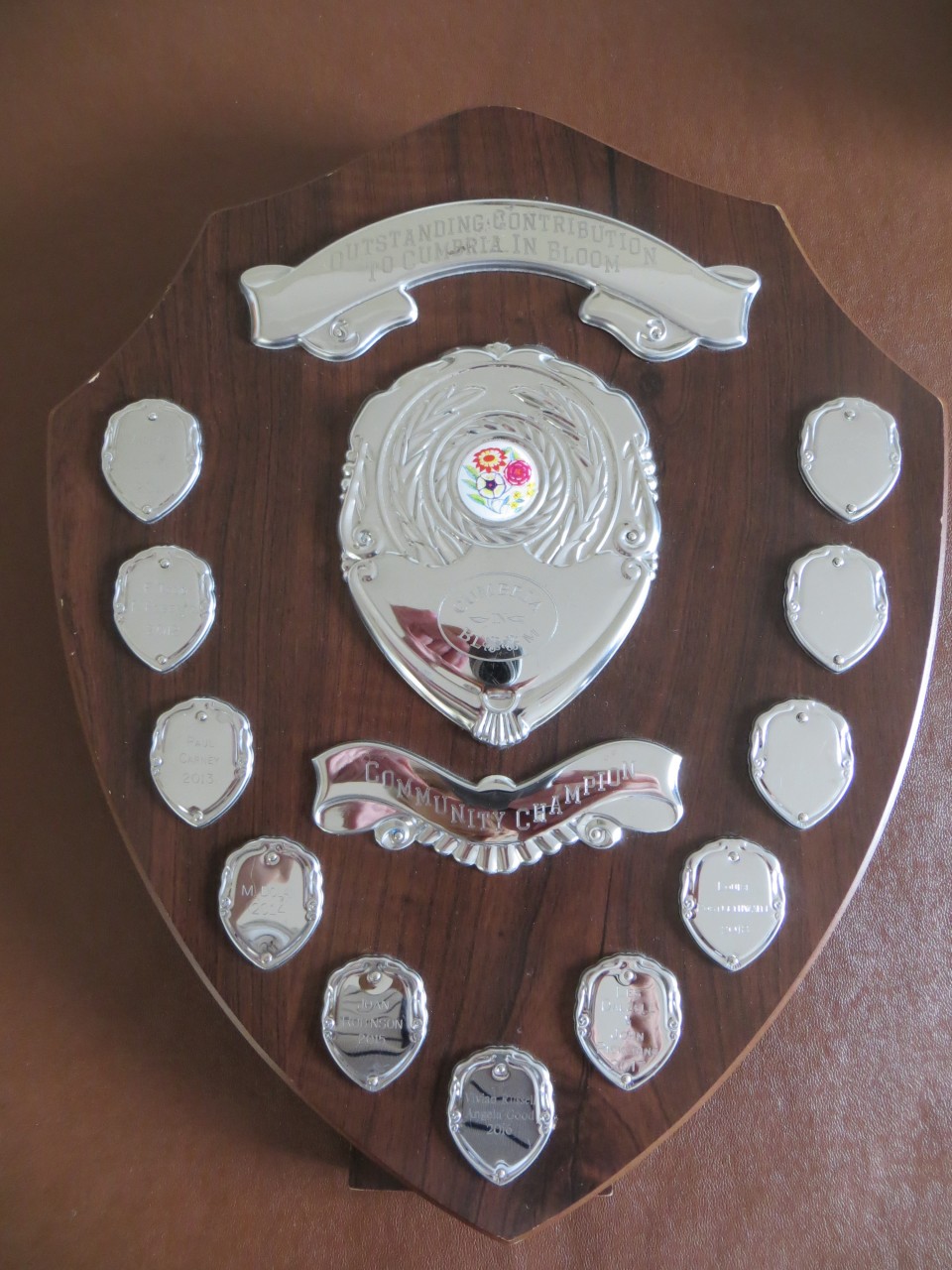 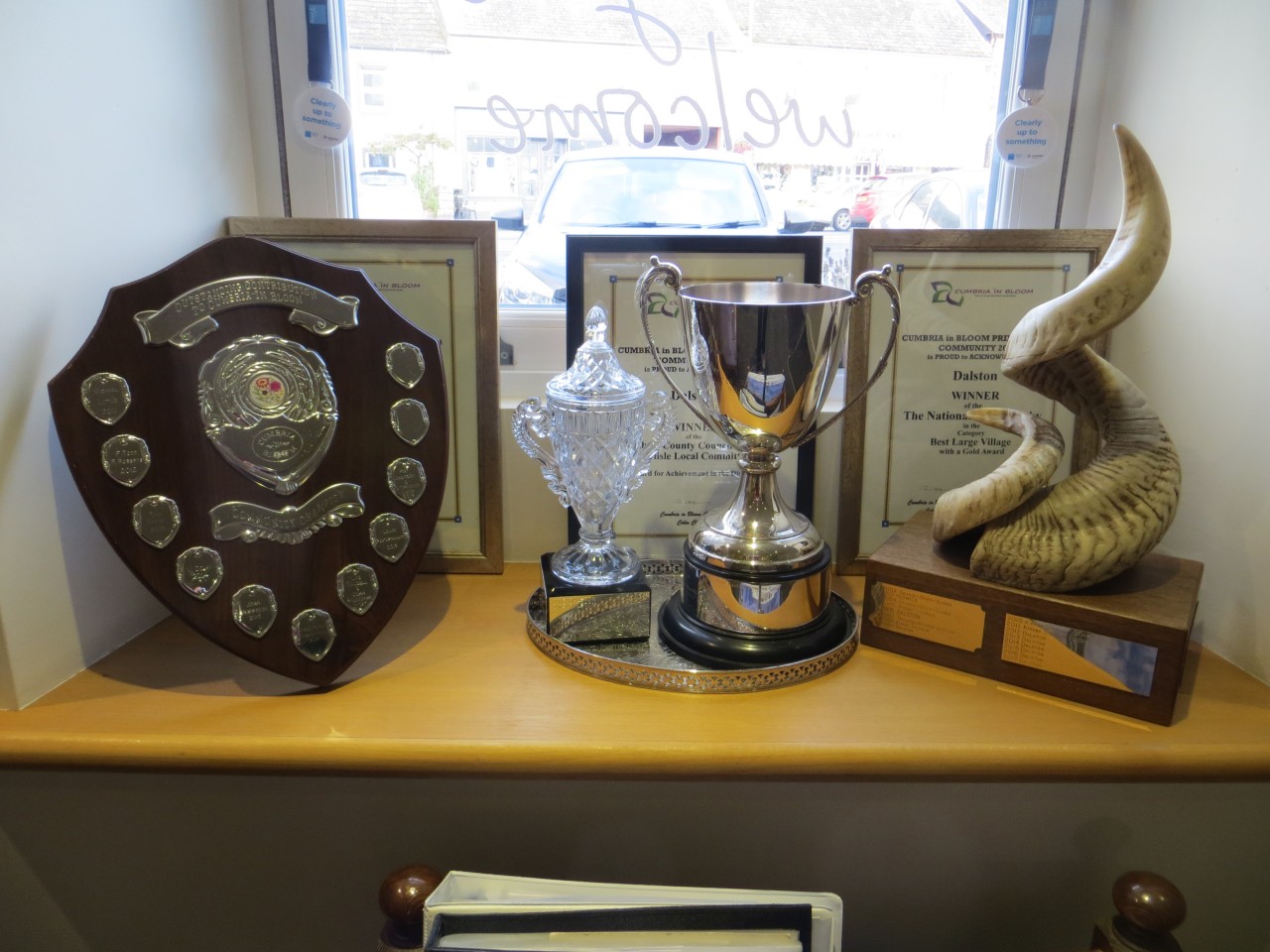 No comments made yet. Be the first to submit a comment

By accepting you will be accessing a service provided by a third-party external to https://www.dalston.org.uk/